Christiaan van der Klaauw Planetarium Limited Platinum THE MASTERPIECE PLANETARIUM The passion of Christiaan van der Klaauw for the sky is reflected in a tribute to the Planetarium and is one of the most famous creations of the master. The masterpiece is an ultimate demonstration of precision and craftsmanship. The watch is equipped with the smallest planetarium in the world and gives not only the time, date and month but also the orbits around the Sun of Mercury, Venus, Earth, Mars, Jupiter and Saturn. The history of the Planetarium. The first written reference with respect to a mechanical model of the Sun, Moon and planets is more than 2000 years old. The instrument described in the document about, was made by Archimedes who lived 200 years earlier. Since then, numerous astronomical clocks are built. Between this oldest planetarium of Archimedes and the smallest planetarium Christiaan van der Klaauw Astronomical Watches are manufactured the most beautiful ones with ingenious gear actuators and smart structures. Some of this is due to their special construction worth to be mentioned. A very ingenious and therefore very special one is the already mentioned work of Archimedes. This instrument is known as the "Antikythera '. Fragments of this instrument are divers found in 1901 in the Greek island of Antikythera. The instrument contained more than twenty gear wheels. Some were equipped with spokes. This radar was used a 'epicycloidal' radar. The characteristic of such a radar is that a number of gears is placed in a frame and that this whole to a running gear that is stationary or its own motion. That one is already using that time this type of transmission is not so surprising. It was still at that time assumed that the Earth was the center of the universe and that the Sun, Moon and planets moved in circular orbits around a center point. This center, in turn, a circle with the Earth at its center. The former was referred to as the epicycle circle while the circle that the center of the epicycle described the deferens was mentioned. This theory is known as the geocentric Ptolemaic. Geocentric means that the Earth is at the center. The special feature of this theory is that it has lasted so long. This was probably due to the fact that they were able with this theory, which was based on a false premise, could still make good predictions as to the position of Sun, Moon and planets. Only in 1543 came to an end this theory. It was Nicholas Copernicus (1473-1543) who changed the worldview of Ptolemy. He encountered much resistance especially on the side of the churches. In 1543 he published "The Revolutionbus Orbium Coelestium 'that not the Earth but the Sun is the center of our solar system. This theory is known as the heliocentric worldview of Copernicus (helios is Greek for Sun). He argued that it was much easier this way to explain the different celestial phenomena. He gave Earth its own rotation, and the planets, including the Earth orbit the sun. The system as Copernicus imagined it was still not complete. He put the Sun in the center, but the planets orbited the center of the Earth's orbit. After Johannes Kepler (1571-1630), who with his laws of planetary motion laid the foundation of modern astronomy, building planetariums was a lot easier. This is due to the fact that the Sun was placed in the center while the planets described elliptical orbit around the sun. Thus fell the system of epicycle and deferent. Well known from that period is the planetarium of the Dutch physicist Christiaan Huygens (1629-1695). Chris Huygens placed the gears, which drive the planets, eccentrically relative to the center point. As a result, the position of the planets was indicated quite accurately. They thus move according to the second law of Kepler. Although there are many planetariums are those worth mentioning is the planetarium of Eise Eisinga (1744-1828) in Franeker, Friesland (Netherlands) for Christiaan van der Klaauw important because this planetarium has inspired him in his work. Eise Eisinga built his planetarium in the period 1774-1781. This planetarium is now two hundred years after it was built is still in operation. It is the oldest still operating mechanical planetarium in the world. In the museum of Eise Eisinga are some of Christiaan van der Klaauw's masterpieces. Source: Christiaan van der Klaauw Watches. http://www.klaauw.com/collection/masterpieces/planetarium.html 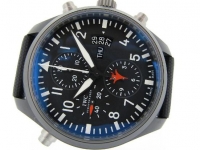 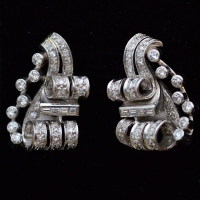 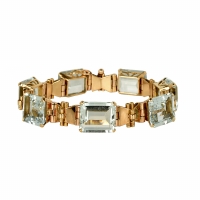