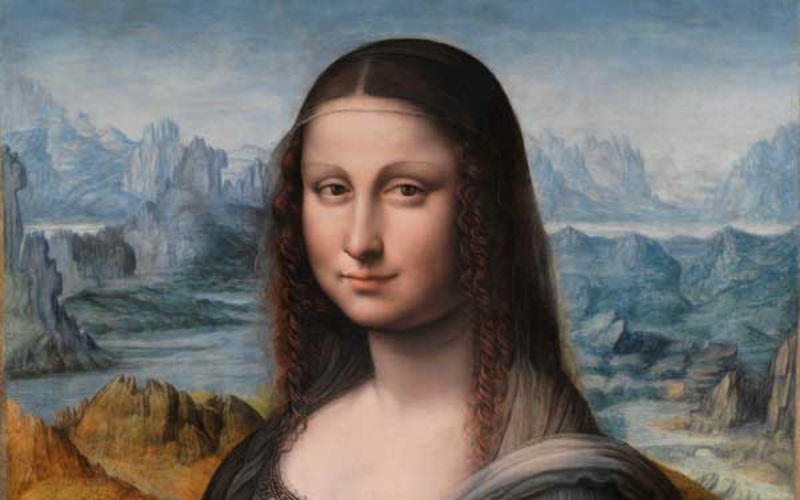 Mona Lisa could have been completed a decade later than thought

Leonardo’s Mona Lisa was probably completed a decade later than the date given by the Louvre. This radical redating follows conservation work on the Prado’s copy of the Mona Lisa.

The Louvre dates the Mona Lisa to 1503-06. It has now been realised, however, that part of the painted background was based on a drawing of rocks that Leonardo made in 1510-15.

The link between the drawing and the landscape in the Madrid copy was spotted by the Prado’s technical specialist, Ana González Mozo. This emerged during an investigation of the background in the copy, which had been overpainted in black in the second half of the 18th century. The overpaint was removed earlier this year.

When the Prado copy was being studied, infrared images revealed that a section of the original design for the rocks beneath the paint surface had been based on a drawing now in the Royal Collection. Martin Clayton, the senior curator at the Windsor print room, dates the drawing to 1510-15 on stylistic grounds.

The Prado copy of the Mona Lisa was worked on side by side with the Louvre painting, so this connection has important implications for the dating of Leonardo’s original.

Louvre specialists went back to photographs taken of the original Mona Lisa in 2004. They realised that the design for part of the rocks on the right side in the Prado copy also appears in the underdrawing of the original, in a blurred form. This can just be made out in an emissiograph, an image made using an x-ray technique.

It is known that Leonardo had begun the Mona Lisa by 1503, since that year it was recorded in a note by a senior Florentine official, Agostino Vespucci. What remains controversial is the date of its completion.

The German scholar Frank Zöllner proposed “1506 and later (1510?)” in the 2011 edition of his Leonardo catalogue. Martin Kemp, from Oxford University, suggested 1516 in his 2004 book on Leonardo. When the Prado unveiled the conserved copy of the Mona Lisa on 21 February, it also gave 1516 for its version. It was in 1516 that Leonardo left Rome for France, to serve François I.

Although the Louvre still dates the completion of the Mona Lisa to 1506, according the label in the gallery (and on its website), its curator, Vincent Delieuvin, is now suggesting that it could be up to 1519.

What took so long?

The redating of the original has important implications for Leonardo studies. It has been assumed that the portrait was commissioned by the family of Lisa del Giocondo, whose husband was a wealthy Florentine merchant. Few families, however, would have waited 13 years for a commission to be completed. This delay helps to resolve the question of why the portrait never went to the Giocondos.

The extremely long period over which the painting was created, up to 16 years, is further evidence that Leonardo worked slowly. He found it very difficult to finish a picture, partly because he was a perfectionist.

If the Mona Lisa was only completed in around 1516, rather than 1506, then it represents Leonardo’s later style. If it proves possible to narrow down a completion date, it could then lead to a more precise dating of other works from this period—and in particular two paintings in the Louvre, The Virgin and Child with St Anne (currently dated 1503-19) and St John the Baptist (currently dated 1508-19). The Virgin and Child with St Anne will be the subject of a special exhibition at the Louvre (29 March-25 June).

As for Lisa Giocondo, in 1503 she was a young woman of 23. If Leonardo’s painting was not finished until 1516, she would then have been 36—which at that time was middle-aged. 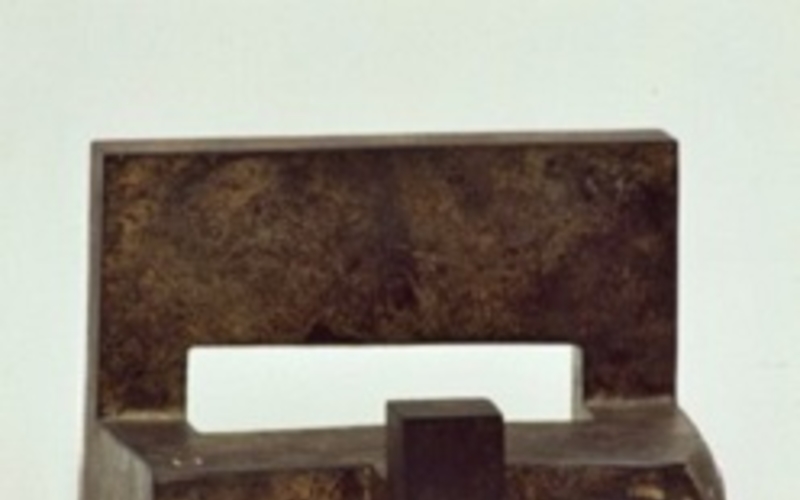 In a daring act of larceny, unknown thieves stole a sculpture by Spanish artist Eduardo Chillida from Cologne’s Baukunst Galerie on Wednesday. 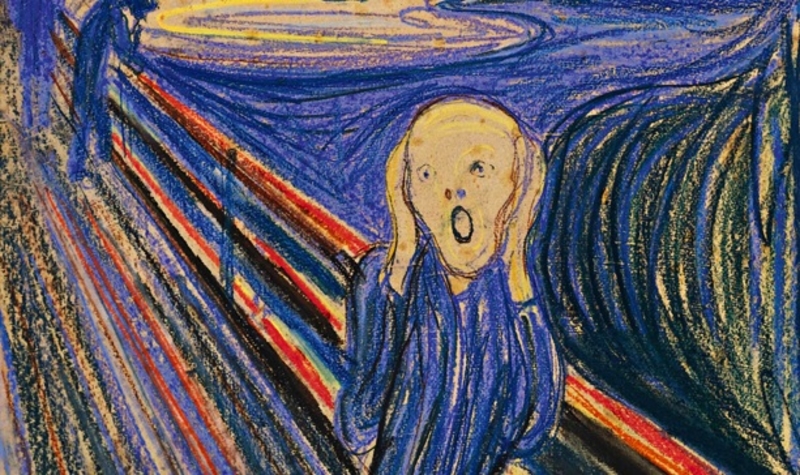 Betting Much on Munch Auction Record

For those looking for action on the star lot in Sotheby’s May 2 sale of Impressionist and modern works in New York, Ladbrokes betting service has provided an alternative way to be part of the excitement. 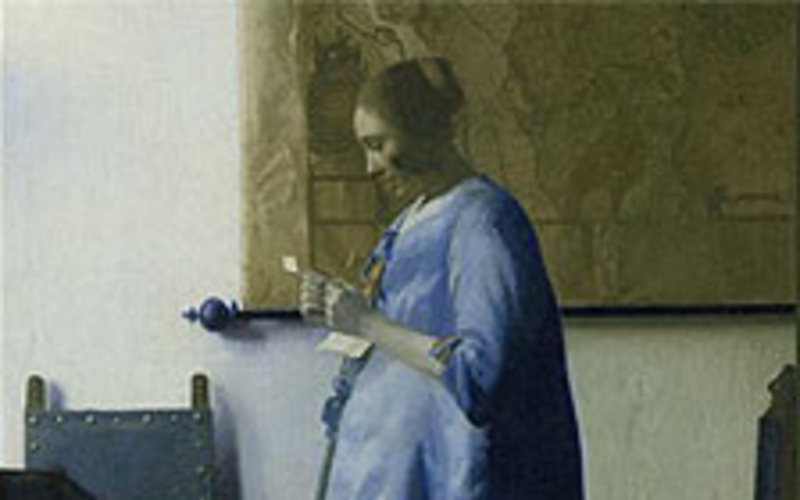 A newly restored painting by the Dutch master Vermeer will shortly return to the Rijksmuseum in Amsterdam following a tour of Japanese galleries. 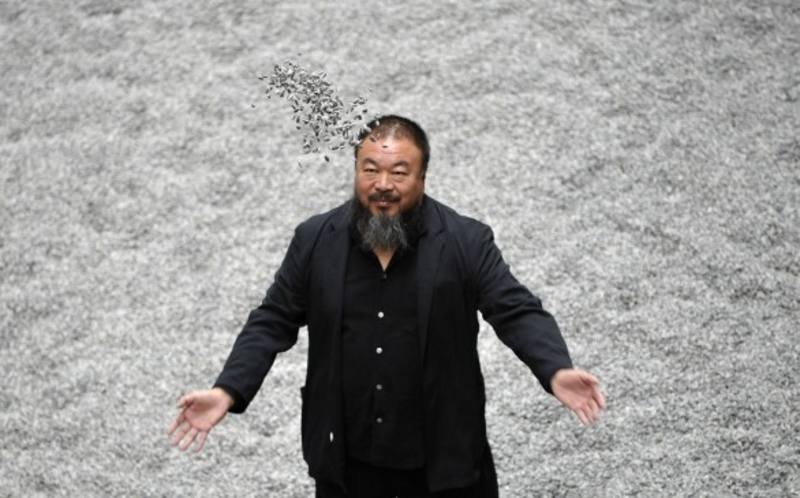 Chinese artist Ai Weiwei's "sunflower seeds" - a work made up of 10 tonnes of porcelain seed replicas - has been bought by Tate Modern.