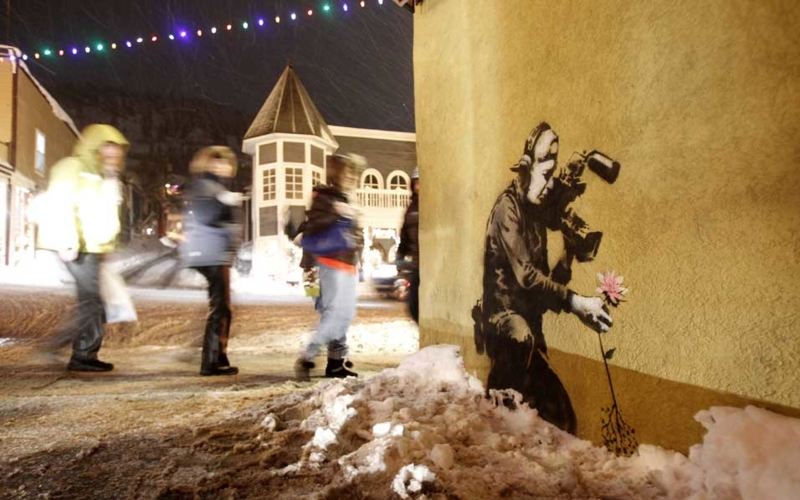 Banksy, the secretive British artist whose work has appeared on city streets around the world, said on Sunday he hoped his documentary film "Exit Through The Gift Shop" will raise the standing of urban art 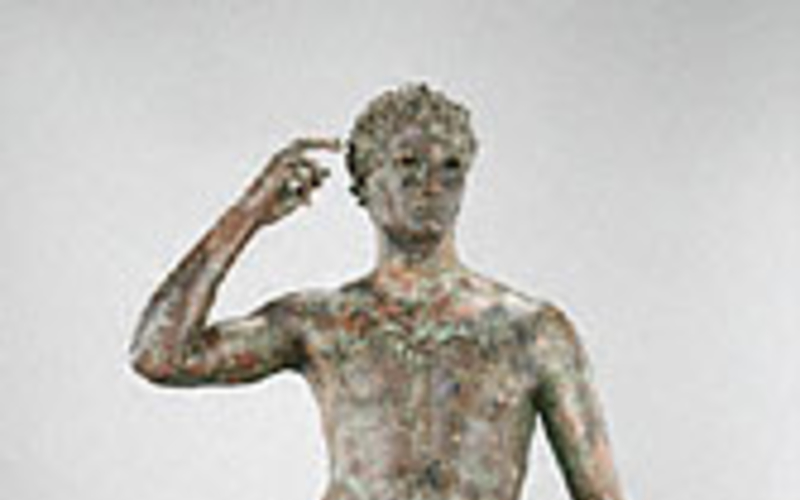 An Italian judge has demanded seizure of an ancient Greek statue from the J. Paul Getty Museum. This is the most recent news from a lengthy legal dispute over artworks which Italy says were looted from its territory. 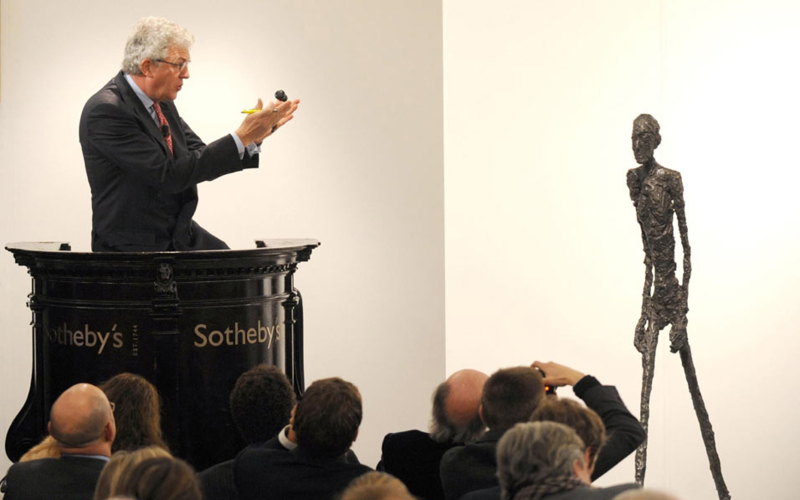 A potential resurgence in today’s art market might occurred when a 1960 Alberto Giacometti sculpture sold for £65 million (€74 million, $104.3 million). In a tense contest at the company's London salesroom, bidding on the bronze "Walking Man I" began at £12 million and quickly rose, with roughly 10 bidders fighting for the sculpture. The winner, who bid via telephone, has chosen to remain anonymous.The sale breaks the previous $104.2 million auction record, set six years ago at Sotheby's, for Pablo Picasso's 1906 portrait "Boy With a Pipe," whose buyer also remains unknown 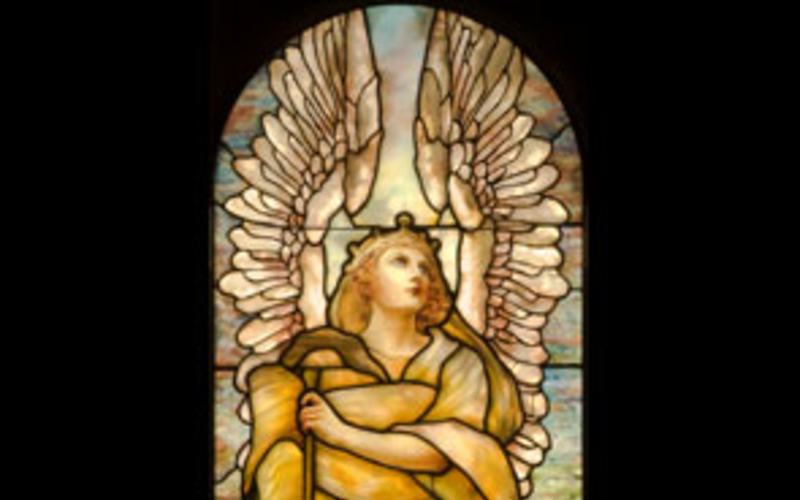 After Paris, where it earned both public and critical acclaim, the exhibition "Tiffany Glass: A Passion for Colour" will be shown in Montreal from February 12 to May 2, 2010. It is the first exhibition of such quality on one of the most famous American designers, Louis C. Tiffany (1848-1933), to be presented in Canada. Developed and produced by the Montreal Museum of Fine Arts, it will highlight Tiffany’s outstanding contribution to the design and technology of glass, gave him an international reputation. In an exhibition space twice as large as the one in Paris, some 180 works have been brought together, including a series of magnificent large-scale ecclesiastical stained glass windows and secular stained glass, magnificent blown-glass vases and lamps with shapes and decoration inspired by nature, some examples of paintings and mosaics, as well as original designs from the Tiffany Studios and period photographs. The many prestigious institutions that have lent important works include the Metropolitan Museum of Art, the Virginia Museum of Fine Arts, the Chrysler Museum of Art, the State Hermitage Museum, the Musée des arts décoratifs de Paris and the Musée d’Orsay, Paris. 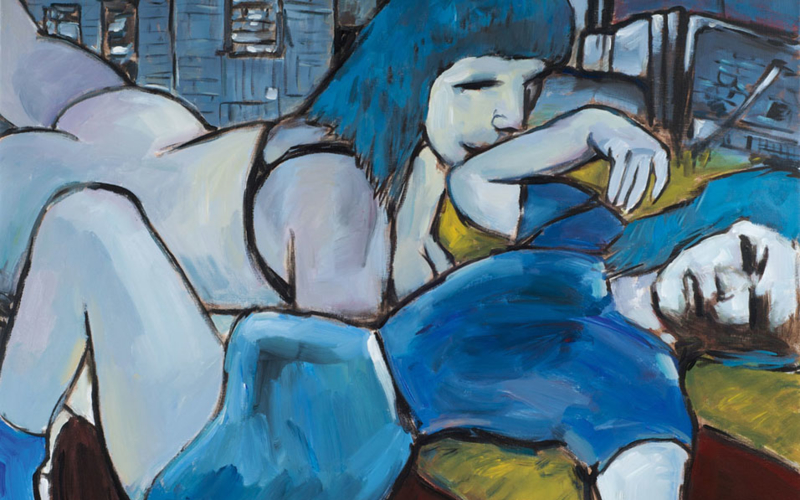 Halcyon Gallery presents an exclusive exhibition of Bob Dylan’s first paintings on canvas as well as drawings and sketches made while on the road during the period of 1989 - 1992. These paintings are the grand finale of The Drawn Blank Series and tribute to his artistic progression: from drawings to works on paper and now finally to canvas. This exhibition provides a exclusive opportunity to see the first original masterpieces of a creative legend. 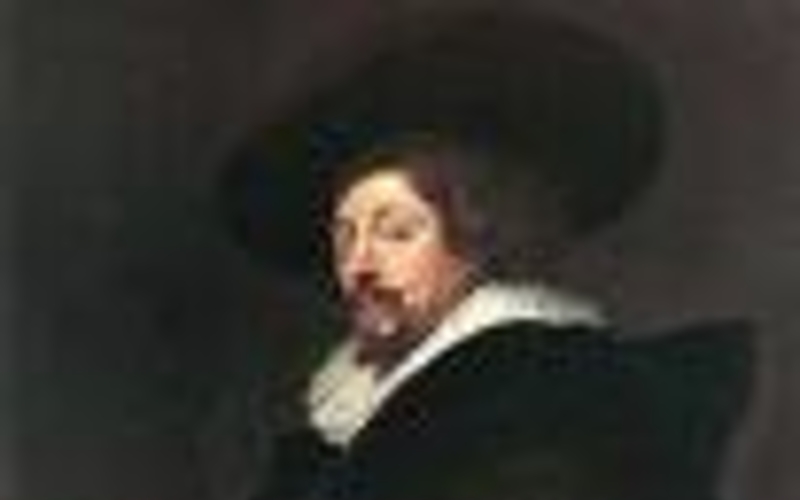 The Royal Museum of Fine Arts in Antwerp (KMSKA), with financial support from the Getty Foundation, is carrying out in depth scientific research into its Rubens collection. Every year, selected interim findings are shown to the public as part of a series entitled 'Rubens Revealed'. The most recent research and publication offer an unprecedented insight into Rubens’s expert painting technique. 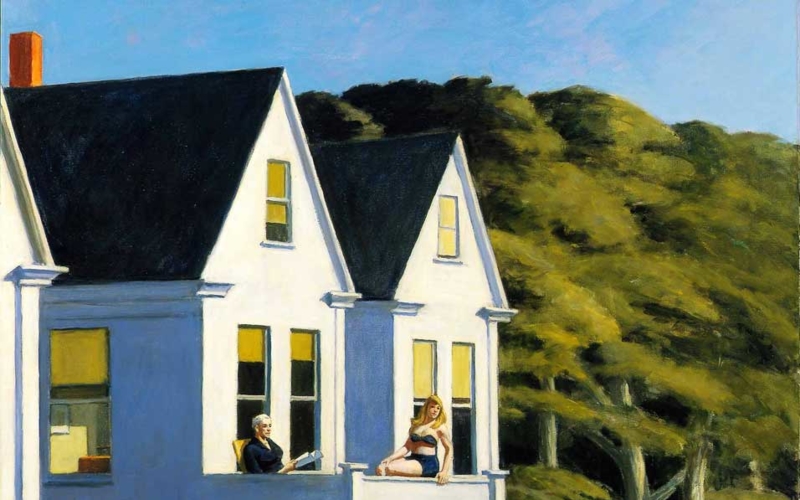 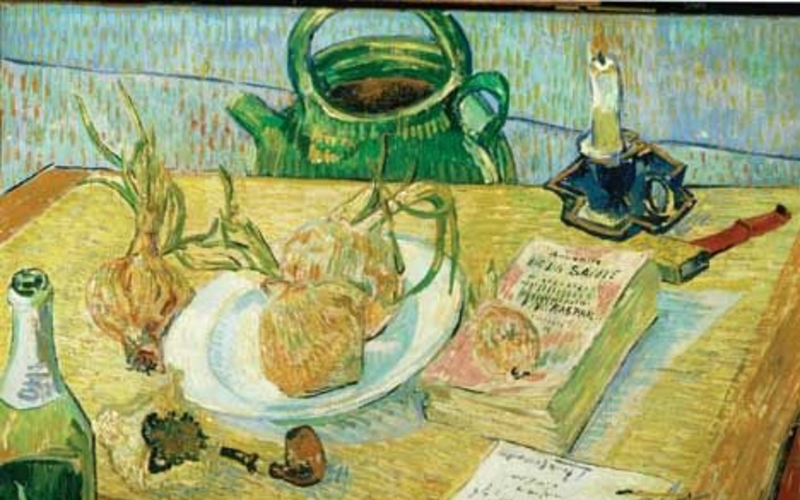 An envelope seen in a Van Gogh painting provides a clue that could help to explain why the artist cut his ear. The envelope, in Still Life: Drawing Board with Onions, 1889, is addressed to Vincent from his brother Theo. Up to now, no one has ever asked the question whether the artist was illustrating a specific letter. 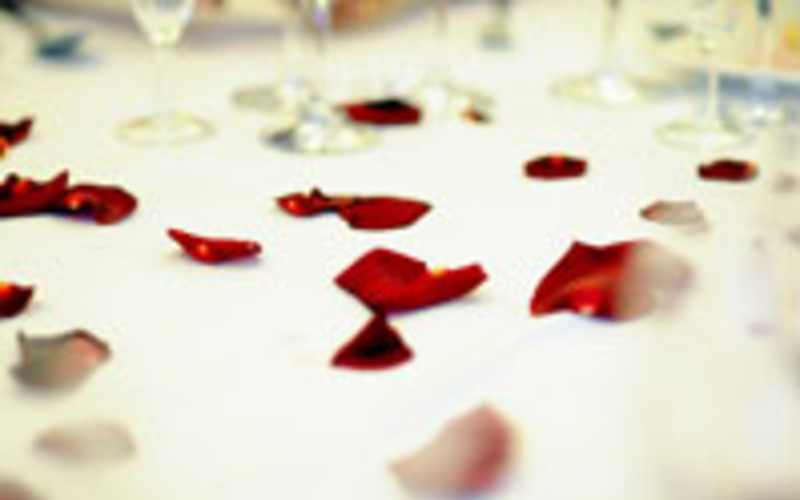 Marriage in the Name of Art

Performance art is known for sometimes dealing with intimate acts. It is widely known that artist Andrea Fraser, for example, famously had sex with a collector who paid $20,000 to participate in a 60–minute, videotaped act. The newest idea recently however, is marriage as performance art. Brian Feldman, a performance art artist, says he plans to use one of humanity’s most personal, sacred bonds — marriage — as a vehicle for his latest piece. 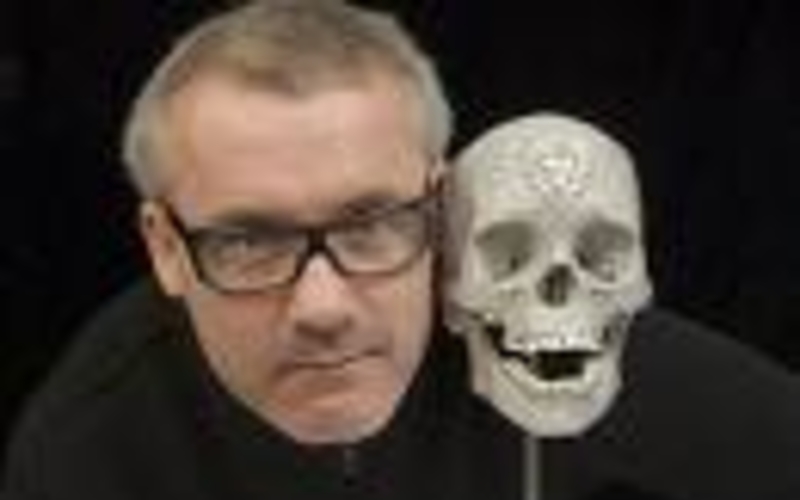 Damien thrown in the Art Bin

British artist Michael Landy is set to throw unwanted and unloved works of art in his Art Bin which opens this week at the South London Gallery. 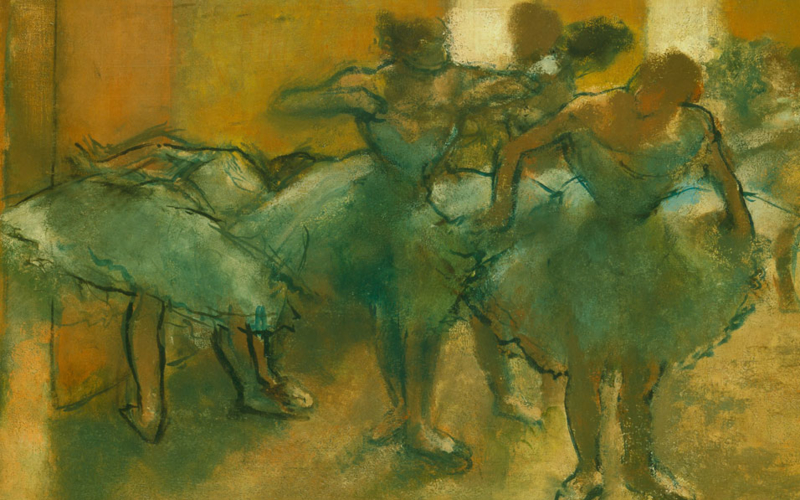 Zurich's Kunsthaus museum will offer the first public glimpse of a Swiss art collection that has been under lock and key since thieves stole its most-prized painting in a $160 million heist two years ago. 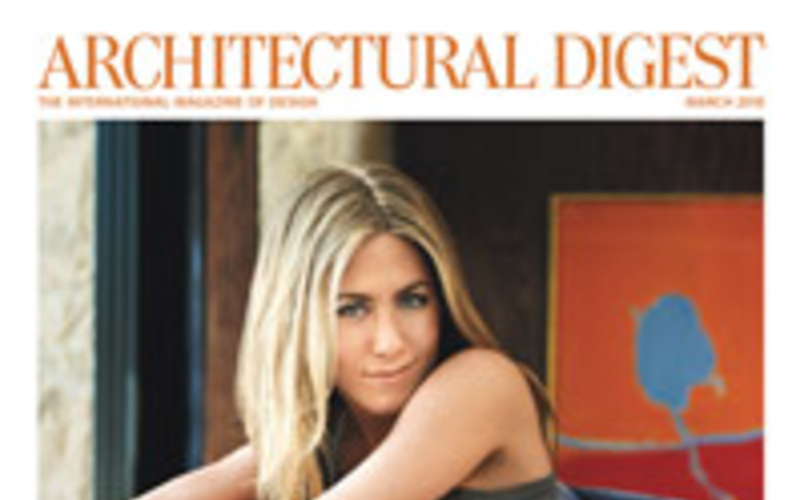 It seems Actress Jennifer Aniston has had a great month. One can imagine she might have enjoyed hearing the numerous rumours currently in circulation about the collapse of former husband Brad Pitt and Angelina Jolie relationship. And even better, she now gets to grace the cover of Architectural Digest, showing off her art collection. 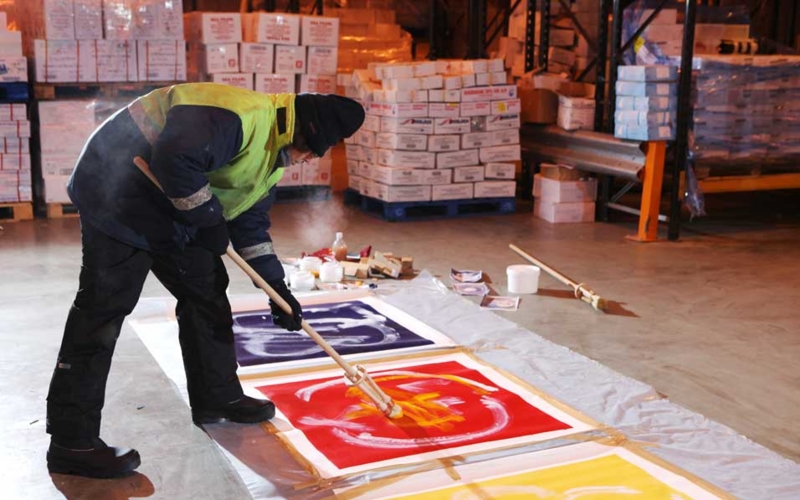 At -20°C in the 800 tone freezer unit at Billingsgate Market in London’s East End, painter and sculptor Nasser Azam on Monday 15 February tested out artistic materials developed specially for use in the freezing conditions of the Antarctic. From 20 – 25 February the artist hopes to complete a major series of nine paintings on the continent. 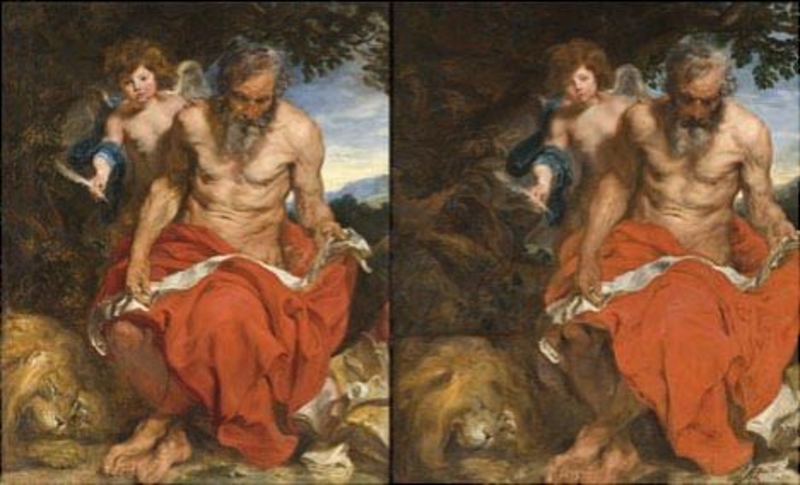 Riddle of the two Van Dycks

Between 1618 and 1621, two supposedly identical works entitled St Jerome with an Angel were produced in Van Dyck’s Antwerp studio; one painting now belongs to the Nationalmuseum in Stockholm and the other is on long-term loan to the Museum Boijmans Van Beuningen in Rotterdam. Now after almost 40 years of debate, new research has finally answered the question as to which came first.

Mary, Queen of Scots, Lord Nelson, King Charles II, artist L.S. Lowry and new England captain Rio Ferdinand have been chosen as the faces of the National Portrait Gallery's most recent marketing campaign, launched on posters, ads and bus shelters from today, which highlights the hidden stories behind its portraits of well known Britons.