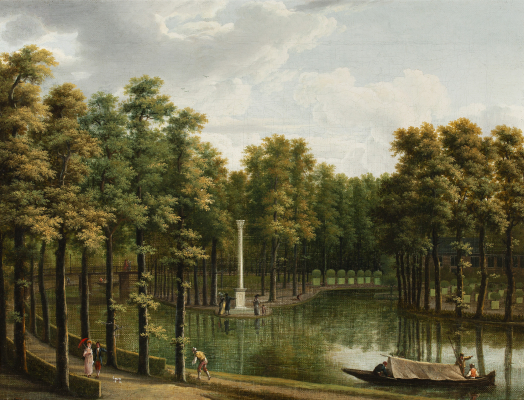 Frans Swagers was a Dutch painter who left Utrecht at the end of 18th century to establish himself in Paris. Here he married Elizabeth Meri (1775-1837) who was an accomplished miniature painter.
Swagers exhibited his works several times and in 1802 and 1804 he showed a range of landscape paintings depicting the surroundings of Rotterdam, Dordrecht, Utrecht and the river Schelde near Antwerp. These were all well received by the Parisians and Swagers established himself as a true landscape artist.

In this painting Swagers captured a lovely day at the park with fashionable men and women strolling the paths. Taking a leisurely walk through the park was a socially accepted and also expected social activity for the elite. This was the time of day to meet with possible suitors in public, chaperoned of course, to see and be seen to establish relevancy within the high society, and for governesses to take their charges for an outing. The couple in front are walking their dog, while others are crossing a bridge or are admiring a classic column perched on the edge of the pond. On the right side of the column stands a woman with a small boy, presumably a governess with her charge.
The park is well maintained and quite luxurious with the potted plants on the right. These probably contained exotic trees, such as orange trees: a true sign of wealth. Looking at the changing colour of the foliage, autumn had already arrived and those potted trees would soon be brought inside for the winter. 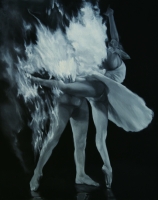 Power to interprete the world No. 2 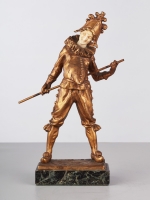