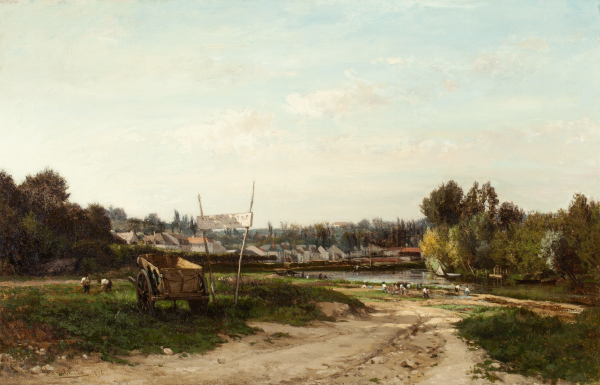 Emile Charles Lambinet is often referred to as one of the members of the Barbizon school. What is strange about this is that he never actually painted in the area surrounding the Forest of Fontainebleau or the village of Barbizon. The reason he is so often associated with this school seems to be because the manner in which he approached rural subjects and landscapes was very much in the same style as the successful Barbizon artists of the day. His style of painting seemed to appeal very much to the same critics and collectors who supported the art of the Barbizon school. He lived most of his life in the area west of Paris near to Versailles. He made regular painting trips to Ecouen, a town north of Paris. He was not the only artist to be enticed by this area. Ecouen was to become an important artist’s colony. Charles Emile Lambinet was a successful painter of the nineteenth century. His work was held in high regard by art critics and collectors. It is said that what made his work special was his light and airy brushstrokes which suggest a natural setting as well as his talent for depicting atmospheric conditions such as the wind. 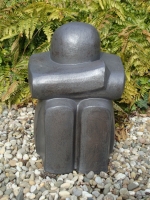