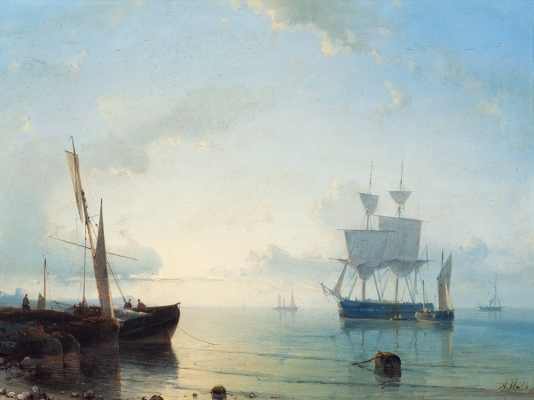 This oil painting by Abraham Hulk Senior (1813-1897) shows a typical theme in the painter’s oeuvre. The Anglo-Dutch artist is renowned for his seascapes showing a strong influence of Dutch marine painting. The present work depicts a Mediterranean coast with ships on a calm sea. Hulk rendered the vast sky and the quiet, shallow water with luminous colors, thus masterly capturing the early evening atmosphere of a calm day at sea. Like all his work this maritime painting is defined by a virtuously captured atmosphere. Hulk was a master of composition and a virtuoso at conveying the atmosphere of boats at sea in all kinds of weather.

Abraham Hulk Senior (1813-1897)
Abraham Hulk was the head of a renowned family of artists, his brother and sons also being painters. He first studied under the portrait painter Augustus Daiwaille (1786-1850) and later at the Rijksakademie in Amsterdam. Between 1833 and 1834 Hulk traveled to New York and Boston, where he exhibited his works. Back in the Netherlands he lived in Amsterdam for several years. In 1870 he returned to England where he showed his works at the Royal Academy in London. Hulk became well-known for his seascapes in the tradition of Dutch marine painting. During his lifetime his romantic paintings, which combined technical craftsmanship, attention to detail and a special sensitivity to nature, were highly sought after. Works by Abraham Hulk are presented in numerous international naval museums. 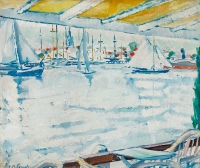 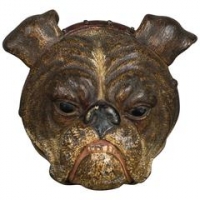 Vienna bronze wall clip of a bulldog head, circa 1900