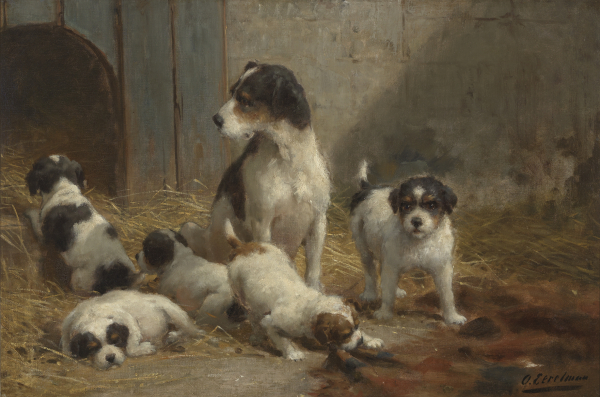 Otto Eerelman (1839-1926) is generally considered one of the best Dutch animal painters of the nineteenth century.He was highly respected there during his life and it is with good reason he was called the ‘Northern Rembrandt’. Yet Eerelman also gained a great reputation in the rest of the country, in part due to numerous commissions he received from the royal family from 1880 onwards. During his life, Eerelman’s paintings were internationally popular, principally in Belgium and Germany and nowadays his work has even spread to the United States. In past years, his dog paintings in particular have become highly appreciated in the art market.

Otto Eerelman was first a pupil at the Minerva Academy, Groningen, and later attended the Antwerp Academy (1864-1865). Having begun as a painter of old Dutch interiors and genre works, Eerelman gradually established a reputation as a painter of horses. He is best known for his paintings of Queen Wilhelmina in riding habit. His later work from the early 1880s is almost entirely devoted to dog portraits or groups of young dogs.

Many well-to-do dog owners brought their faithful companions to the artist’s house at the Elandstraat in The Hague where it would stay for a period of time while being portrayed. Therefore, Eerelman built a small boarding kennel in his garden to accommodate the dogs he immortalised. 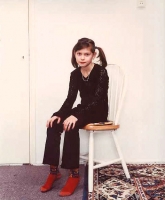 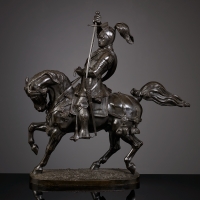