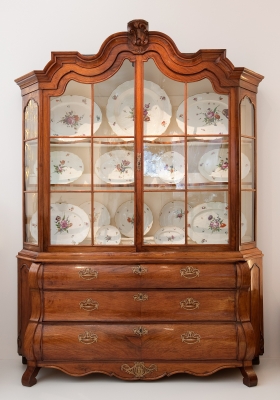 This display cabinet has been made of padauk, a tree that grows in Africa and for that reason the cabinet is quite rare. This type of wood is solid and is not likely to deform. The cabinet has a undulating arched corniche with a carved rocaille ornament and c-motifs. The fittings consist of classical motifs such as the garland and the ram. The fitting at the bottom shows a classical scene topped with a bow terminating in garlands. The function of the cabinet was for displaying precious collections of Eastern porcelain and Delftware. China was immensely popular during the 17th century and the love for it did not restrict itself to porcelain. Even complete rooms were furnished in the chinoiserie style. It was only after 1750 that the interest in Eastern porcelain decreased and fewer cabinets were made. 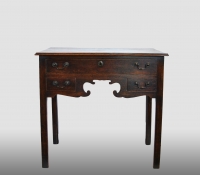 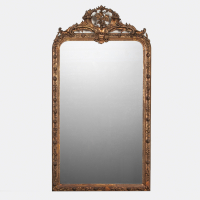