This impressive Empire or Restauration longcase regulator is of the elegant classical style of the period with a full length glazed front door exposing the whole of the dial and the pendulum. The backboard is veneered in a plum mahogany and the sides of the case are solid.
Above the trunk are two removable sections; the lower one with a series of attractively shaped moulds and the upper one, veneered to the front, in the form of a simple box. The base, decorated with book-matched veneers, rests on a single plinth.

The escapement of the very well executed movement, which is mounted externally on the backplate, employs jewelled adjustable dead beat pallets. All the wheelwork has five crossings. The substantial plates of the movement are cut out at the bottom corners for the very heavy cast brass bracket to which it is fixed by two steel bolts with large knurled brass heads and from which the massive gridiron pendulum is also suspended. The bracket is bolted to the backboard by four steel bolts. The long crutch descending from the movement has beat regulation and is provided with stop pins to prevent any damage to the jewels in the pallets.

The gridiron pendulum, with nine steel and brass rods, is a very fine feature of the clock and may well have been made by another member of the Lory family who is recorded by Tardy as a pendulum manufacturer. It is particularly well finished and employs a long hand rising up from the bob to a silvered plaque extending across the nine rods which is inscribed Chaud; Tempere, Froid and graduated from 0- 30 degrees.

The 8" silvered dial , signed by Lory, is surrounded by a substantial and decorative fire-gilt bezel. The movement is inscribed on the backplate LY 1828 and inside the plates Lory.

Claud-Armand Lory was a pupil and worker to Robert Robin, one of France’s most eminent makers who was particularly well known for the introduction of the beautiful, and often very complex table regulators which he produced. Robin was appointed clockmaker to Louis XV1 and his wife Marie-Antoinette and also later gained the titles Horloger de la Republique and Horloger du Directoire.

In 1804 Lory established himself at No 19 Rue de Jouiy and in 1819 moved to No 2 Place des Victoires. He was admitted to the Exposition des Produits de L’Industrie of 1806, where he received an honourable mention and again exhibited there in 1819. In 1823 he was commissioned by the eminent author Charles Victor Provost, Vicomte d’Arlincourt of Chateau de Saint-Paer , Normandy, to produce a particularly fine and complex longcase regulator incorporating solar and mean time hands, thus giving the “Equation of Time” and also having a second complex lunar dial based on the design which had just been evolved by Janvier. It is almost certainly this regulator which Lory exhibited at the Paris exhibition of 1823 and for which he gained a silver medal. 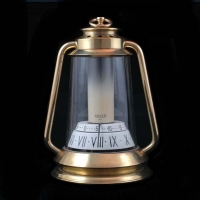 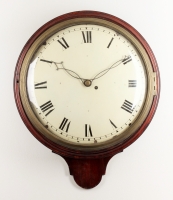