Hoogsteder & Hoogsteder are father and son – John and Willem Jan.

Willem Jan Hoogsteder (1959) is the director the company since 1991. He studied Art History at Utrecht University and at the Courtauld Institute of Art in London. He obtained his doctorial degree (drs) in 1987.

John Hoogsteder (1931) has been dealing in paintings since the late 1950s. He is well known from his television appearance in the Dutch version of the Antique Roadshow called Tussen Kunst en Kitsch.

Hoogsteder & Hoogsteder have a worldwide reputation. They have a name for strictly controlling the quality of their paintings. They have sold paintings to some 40 museums all over the world and to countless private collectors. In addition they organized loans for more than 80 exhibitions staged by international museums. 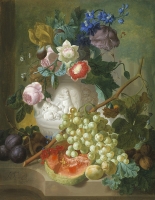 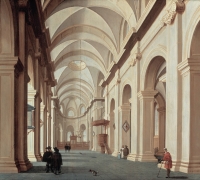