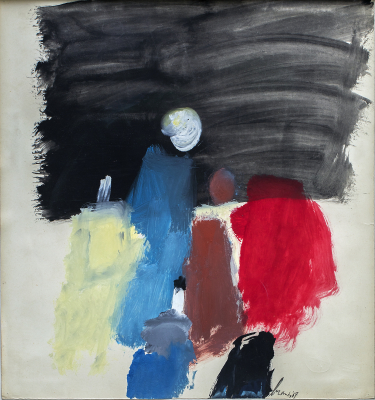 About Eugène Brands
In 1948 he becomes a member of the Dutch Experimental group REFLEX, which later, as regards a number of artists, ends up in CoBrA. His meeting with Willem Sandberg, former director of the Stedelijk Museum in Amsterdam, leads to the exhibition in which CoBrA presents itself for the first time in 1949 in the Netherlands. Brands leaves CoBrA a year after its founding in 1949 to retire to his studio for the next 10 years to be inspired by "the world of the child". He discovers a special technique for this, namely oil paint on paper.

From 1967 he has taught Free Painting at the Royal Academy of Modern Art and Design in ‘s-Hertogenbosch. Brands has had numerous one-man exhibitions at home and abroad. Important retrospective exhibitions are in 1969 in the Stedelijk Museum in Amsterdam, in 1988 in the Stedelijk Museum Schiedam, in 1990 in the Beyerd in Breda, and in 1997 and 2001 in the CoBrA Museum for Modern Art in Amstelveen.

Eugène Brands lived and worked in Amsterdam, until he moved into a summer residence in Nunspeet in the Hoge Veluwe in 1974. There in the silence of nature, he feels the mystery of the cosmos more strongly than ever. In the beauty, the colors of crocuses and violets as well as the reflection of the pond in the garden, the mystery lies before him.

In 1993 Brands decided to stop painting on canvas. It has become too hard for him physically. After that time he limited himself to his beloved gouaches on paper, because the technique of the gouache is best suited for the freedom he wants to achieve. 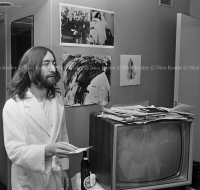 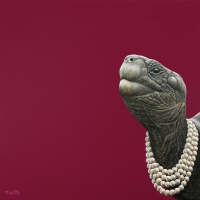