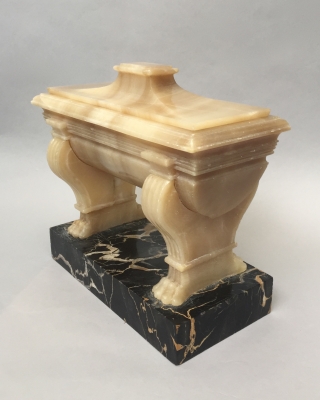 The fascination for classical architecture in the 18th and 19th centuries was not limited to temples, thermae or Roman villas. Even the furnishings and fittings found in these buildings were of interest to artists, grand tourists and architects. Large candelabra or vases like the famous Warwick Vase were much admired and copied. This also goes for the often impressive sarcophaguses found along the Via Appia and other excavation sites.
Our elegant scale model is made after a tomb found in the Baths of Agrippa on the Campo Marzio in Rome. This sarcophagus is depicted by Piranesi in his publication on the Campo Marzio of 1756, above a dedication to the British architect Robert Adam. In the historic Kedleston Hall in Derbyshire we find benches in the same shape as this sarcophagus, made in 1788 and inspired by the tomb visited by Robert Adam in Rome. Since 1740 the sarcophagus has contained the ashes of Pope Clemens XII, being part of his funeral monument in the Lateran Basilica. 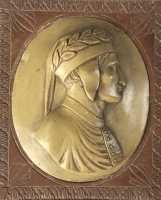 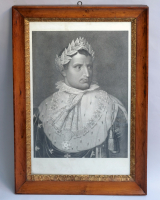