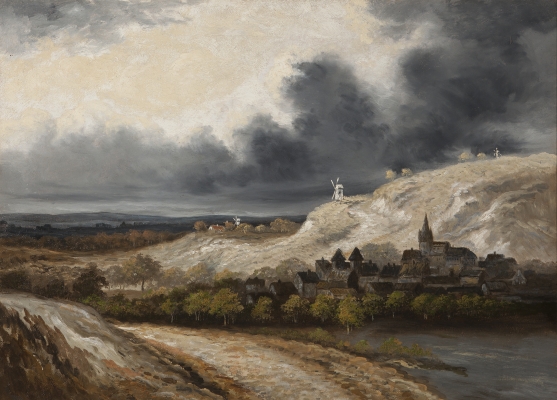 This painting shows us a view on Montmartre by Georges Michel. Georges Michel was a French landscape painter and an important precursor of the Barbizon school. The art dealer Jean-Baptiste-Pierre Le Brun authorized Michel to copy the seventeenth century Dutch paintings that were in his shop. In 1791 Michel debuted at the Salon, where he continued to exhibit regularly. Nevertheless, critics ignored Michel, considering his works too similar to those of the Dutch masters. Around 1800, Michel was employed by the Musée du Louvre to restore their Flemish and Dutch paintings, and it was in this capacity that he developed a true understanding of the technique of his predecessors.

Michel always painted within a small area limited to the surroundings of Paris. He commented that ‘whoever cannot paint within an area of four leagues is an unskilled artist who seeks the mandrake and will only ever find a void.” In the first quarter of the nineteenth century Montmartre was still a picturesque suburb of Paris, where about forty windmills could be seen. Michel loved this stretch of land and painted many views of it throughout his career.

Georges Michel was forgotten for decades after his death; the first large exhibition of his work was presented by the Parisian Jean Charpentier hotel, in 1927. Today his works are found in museums around the world, including The Metropolitan Museum of Art, Hermitage, Vanderbilt University Gallery, Strasbourg Musée des Beaux-Arts, Victoria and Albert Museum, and many others. 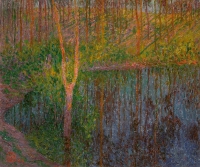 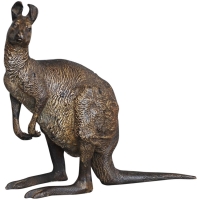 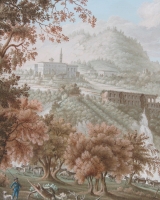 Waterfalls at the villa Mecenate at Tivoli