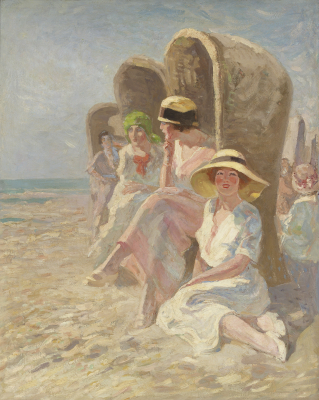 Ladies at the beach

The Dutch artist Willem Ferdinand Isaac Vaarzon Morel was born in Zutphen. He got admitted to the Kunstnijverheidsschool Haarlem, and later the Academy of Fine Arts in Amsterdam. He also studied in France and travelled through Germany, Austria, Swiss, Italy and Great Britain. For several years he was the protégé of Queen Wilhelmina. In 1891 Vaarzon Morel won the second award of the Willink van Collenfonds.

Among his work in oil paint and watercolour are often cityscapes and beach scenes in which he perfectly portrayed mundane life. With August Allebé (1838–1927) as his teacher and George Hendrik Breitner (1857–1923) as his role model he clearly emerged from the Amsterdam School style. Later on Vaarzon Morel developed as a true colourist with an elegant hand, who worked in a French post-impressionist style. He exhibited his work both national and international and he is represented in numerous national and international business collections, institutions, museums and private collections. Overall, he is a very desirable and admirable artist.

A cart pusher on the Prinsengracht

Skaters and sleds on a frozen canal 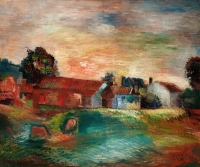 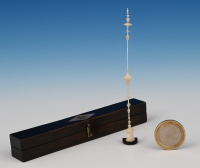