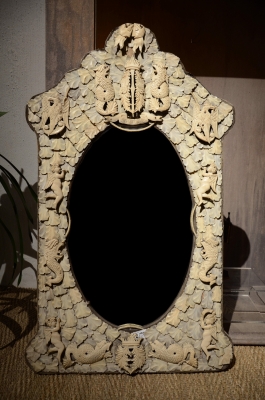 Mirror in bone made by prisoners of war, England, ca. 1800

From 1793 until 1815, England was in war with France and several other nations. During these hostilities, numerous people were held captive as prisoners of war and were deported to England's major prisons. During their captivity, prisoners were allowed to trade and sell hand made objects. As several kinds of bone were available in large quantities, most objects made by prisoners were manufactured from bone. Most of the prisoners were seamen, therefore objects as for example mirrors covered in bone, were inspired by maritime life.  Ship models or mirror frames with images of mythical seamonsers occured on regular basis. 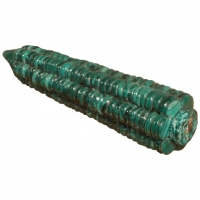