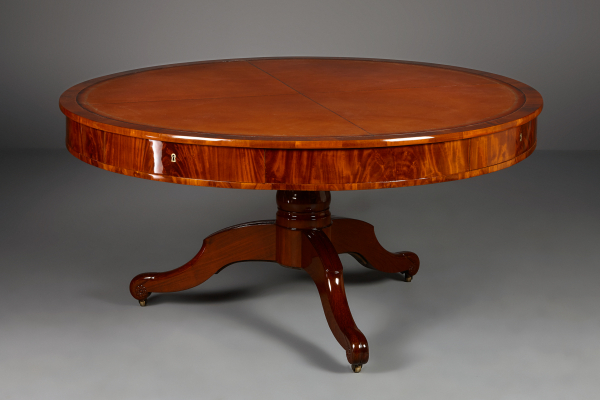 A large round mahogany library table, top with a leather writing surface and four drawers below. The table stands on a baluster pedestal from which three supports sprout.

During the 17th and 18th Centuries, large collections of books arose in Europe. A library was a very exclusive possession and owning one was only for the happy few, namely a small group of elite. The collections were kept in so-called book rooms which were part of universities, castles or monasteries. After the French Revolution, knowledge was shared increasingly, prompting the first public libraries to be established.

The practice of borrowing books from a library and taking them home did not commence until the end of the 19th Century. Before this, books were consulted right then and there on location. Large library tables were used for this purpose. Thanks to the top’s large size and round shape, several people were able to use the library table simultaneously. 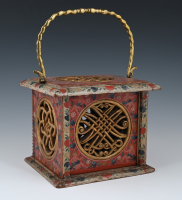