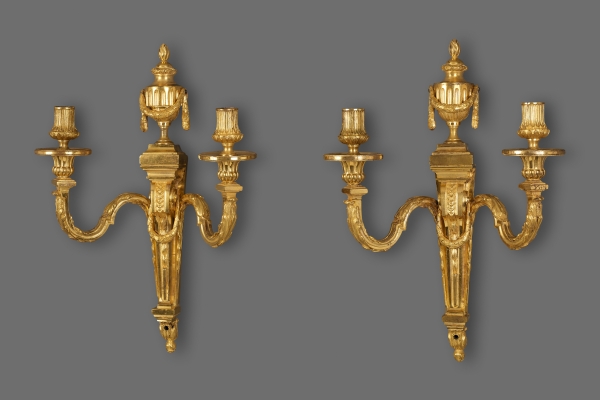 A pair of elegant Louis XVI 2-light wall sconces. The bracket shaped shaft is crowned with a fluted vase decorated with a garland of laurel leaves. At the bottom the shaft has a finial shaped as a stylized flower bud. The S-shaped branches are decorated with stylized acanthus leaves. The plain drip trays rest on a classical vase. The candle holder is shaped like a fluted vase on a plain base.

A remarkable feature in the design is the use of architectural details borrowed from the classics. As a reaction to the lively Louis XV-styles (Rocaille and Rococo), the Louis XVI style after about 1755 developed in a more sleek style. Although this movement was called “goût Grèc” (meaning Greek taste), the style elements were mainly derived from then recent archeological finds in Pompei and Herculaneum in what was the Kingdom of Naples, nowadays a southern part of Italy.

The sconces are made in the style of Jean-Charles Delafosse (1734-1791). His style is characterized by combined and intertwined architectural forms with a multitude of detail and a wealthy formal idiom. The rich imagination with which these objects are designed give them a unique aesthetic appeal.
The designs of Delafosse were published in 1768 as “Nouvelle Iconologie Historique” and have been supplemented in 1773, 1776 and 1785. 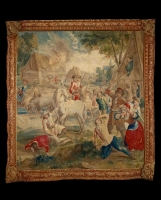 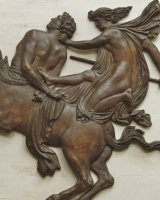 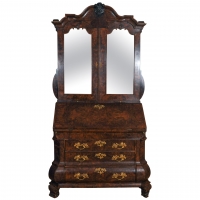 A fantastic Dutch burr walnut bureau bookcase with mirror do...