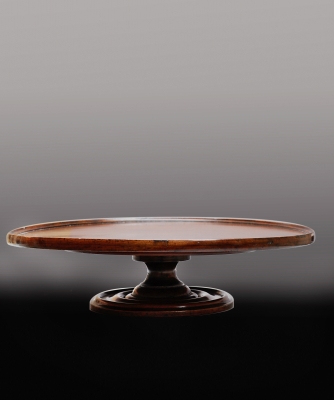 Rotating serving tray which was placed on large tables to aid moving foods.
The term Susan" made its first written appearance in a Vanity Fair advertisement for a "Revolving Server or Lazy Susan" in 1917, although their existence dates back to the 18th century. Prior to the use of the term 'Lazy Susan', they were referred to as dumbwaiters, a term today applied to a small elevator for transporting food.[1] There is no clear evidence as to the origin of the Susan part of Lazy Susan.